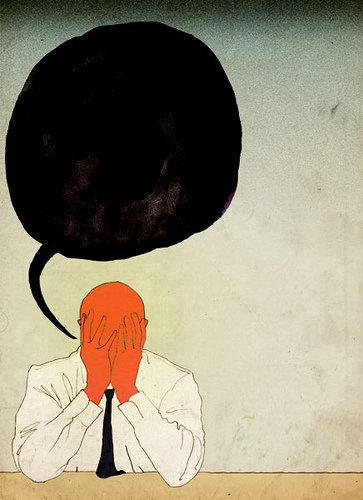 If Kant said that you should lead your life thinking that if your behavior was adopted by all, society would continue to function normally, I would say that the new Categorical Imperative in a world of social media should be “live your life as if it was always publicly exposed”

Yes there is privacy and there are some intimate moments that most would appreciate that you keep private.  But there are some actions that are so obviously wrong should they be exposed that they are simply unethical. And thinking of social media is a good way to judge if anything was right or wrong. Something like, could I live with a video in Youtube of me at this moment? Or could this be a photo in my timeline? Or could somebody Tweet about me right now? Or could somebody write a Tumblr post about whatever it is that I am doing. That should be enough to help you decide if what you are doing is right or wrong.

As far as I am concerned I live my life as if my email was perennially hacked. Because sooner or later, it will be 🙂

SpotRadio: the improved Android app blends your music with your social media

I’m happy to announce that I’ve recently improved on a project of mine. An Android app I designed some time ago, RadioMe, has been upgraded to SpotRadio. I came up with the idea of a “social media DJ” while on a bike ride. I usually would listen to music, but I hated the thought of not knowing what was going on around me, of not being connected. I had to stop mid-bike ride to check e-mails and read Facebook/Twitter streams. RadioMe solved this problem, and SpotRadio makes it better.

SpotRadio is a social radio that plays your Facebook, Twitter, Gmail, LinkedIn, Google Reader and SMS so you LISTEN to it instead of looking at the screen. It allows you to be listening simultaneously to any music player on your phone, for example Spotify or Play Music. When you receive updates, SpotRadio turns the music down on these players, and turns it up again as soon as you’re up-to-date.

You can configure how frequently you want to be updated, and how many updates should be read during the “social break”. To make it easy, you only need to define the “music period” and the “update period” (e.g. ten minutes listening to music, then two minutes social updates, then back to music for ten minutes…). It’s perfect for when you ride your bike, drive around in your car or simply prefer to hear what’s going on rather than reading it.

The app is multilingual, so it can read updates in English, Spanish, French, German, Italian, Portuguese, and even in Japanese and Simplified Chinese. You just have to tell SpotRadio which languages to detect. If you get an incoming call, SpotRadio pauses automatically. You can configure the volume of the music/updates, whether you want SpotRadio to stop reading upon shaking, temporarily turn off certain providers, etc. Duplicate updates are automatically recognized and only one will be read. The notification bar at the top of your Android’s screen indicates whether SpotRadio is talking, downloading updates or waiting.

One really important aspect is the speech synthesis. The standard PICO TTS voice included in every Android device sounds like a robot from the 80’s with a cold. So if you want to use this app more comfortably, you should definitely install SVOX TTS from the Android Market- it sounds better and is quite cheap. I designed SpotRadio, and it was built by Alberto Alonso Ruibal.