Why I invested in SmartThings

Published by MartinVarsavsky.net in Investments with comments 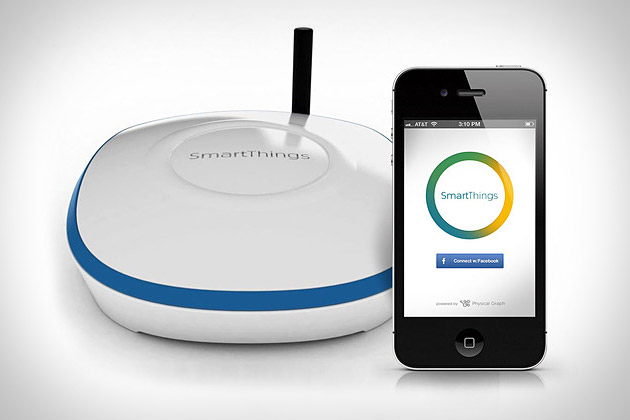 A few months ago I decided to invest in SmartThings, a company that allows users to control everything surrounding them in their life on their smartphone. Lights, air conditioning, even your house’s security system. What makes SmartThings so great is not only that you can connect with these devices, but you can connect them to each other using real world apps. SmartThings creates a service out of all of your existing hardware, which is something I love and is very much in line with the Hardware as a service line that we pursue at  Fon. The Fonera was created not only as an device to share WiFi, but also to make your WiFi signal more functional, more useful for the user because it allows you not only to connect to WiFi at home, but all over the world.

We are moving towards a more connected world, towards a world where technology will let us automate our day to day to a greater degree. A future where our devices will “speak” to each other to resolve our needs. Wired magazine recently reported on the phenomenon. They called SmartThings the pioneer of the field, and explained the three stages that we’ll eventually pass through to reach this “programmable world”. The first: transforming everyday objects into intelligent ones, the phase we are in now in which you hardly find products that don’t offer internet connection or synchronization with other devices. The second: connecting these objects together and allowing them to “converse” with one another, which is what SmartThings is already attempting to accomplish by connecting smartphones to an array of objects such as A/C and lights fixtures. The third and last phase is the most futuristic: building apps based on this connectivity and having them linked to available outside data, to predict, say, weather patterns and lower your A/C accordingly.

SmartThings tackles all three phases in different ways, from a chip that can be put into almost any electronic device allowing control through the mobile app, to an app development platform and store allowing anyone to create, buy, and sell apps that connect your devices. In the end it’s about seeing hardware come to life and perform a service that makes our life better, more streamlined and more connected.

Facebook: A Swiss Army Knife is good but a Tool Set is better

Facebook is not at war with Google as both companies would like to think. It is really suffering more from guerrilla attacks from a set of small players that hit Facebook one functionality at a time. WhatsApp, Snapchat, Twitter, Quora, Path, Tango, Tumblr, Pinterest, Viber, Voxer, LinkedIn and even its own Instagram all chip away from Facebook. It’s the club of companies that are better than Facebook “at something” . And Facebook’s attempt to bury them all with a Facebook phone didn’t work out. Facebook has a billion users but these are many of the same users who more and more prefer the specialty formats of other platforms. While in Smartphones themselves the battle may be only between iPhone 5 vs Samsung IV, when it comes to apps people are much more picky. Facebook is losing dominance by the week to focused niche players.

For most people Facebook Swiss Knife approach is good, but given a choice, a tool set is better. What is Facebook to do? They are lucky enough to be sitting on a cash pile and it is a public company worth over $50bn. They have to do what Google has been doing for years. Buy, buy and buy. Instagram was a good start. Buy first and figure out how to monetize later, learn from Google’s acquisition of Youtube which for years was as struggle and now is a star.

Argentine prosecutor Luis Moreno Ocampo (at microphone) during the 1985 Trial of the Juntas (Photo credit: Wikipedia)

Former military leader Jorge Rafael Videla, the man responsible for my family’s forced exile from Argentina when I was 16, and responsible for the death of my cousin David Horacio Varsavsky when he was only 17, died today in Argentina. As a family in exile in the USA we thrived, and thanks to courageous men like district attorney Luis Moreno Ocampo, ex-general Videla spent a lot of his life in jail.

But to him and his criminal military colleagues I paradoxically owe some of my accomplishments in life. Videla and other murderous members of the Argentine military chased us away from our home, forced us into exile in the USA where a generous man, Senator Patrick Moynahan got green cards for all our family and gave us a second chance in life. But as a result of this trauma early on in my life, I was left with an extraordinary desire to prove to these awful dictators that I wasn’t worthless. That I did not deserve to die like my cousin David, that I did not deserve to be thrown out from my country. And I am convinced that I owe a great deal of my ambition to Videla and his murderous military gang. I was just a kid who wanted to prove his worth when all this happened to me. And I did that, and I do that every day I teach a class, I build my companies, I give a speech trying to inspire 20 year-olds to be entrepreneurs or I parent any one of my six children. And for this fanatic desire to prove myself, I am not sorry. We were not useless ex-general Videla. We deserved to live and thrive. And thanks to Senator Moynahan we got our chance.

Here is a link to the story of that year of the exile, my autobiography of the year I was 17. 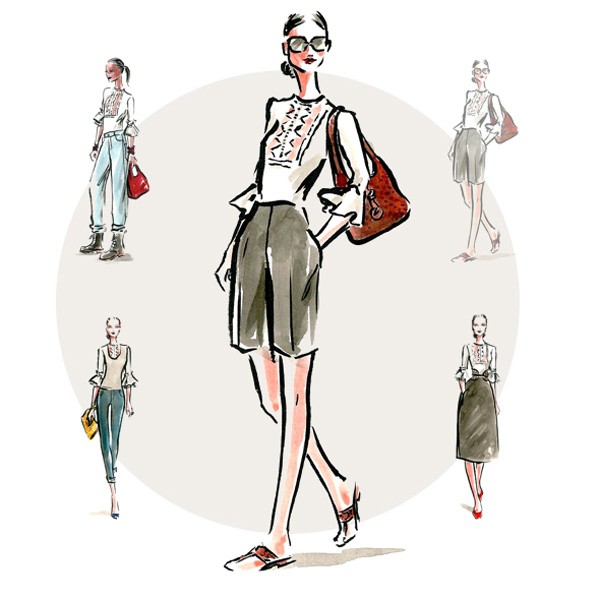 So I am not the target of this site and nor are most of the readers of this blog. But fashion is huge and in general the women segment is huge. And guys mostly ignore it which is their loss.

Cavan.com is an innovative online fashion store. They offer a selected range of designer products and, through a team of fashion experts, give personal advice to create an interactive shopping experience.

Truth be told, Cavan is a fashion guru. And the layout of the site is beautifully done.

Here is a press release from InStyle UK and an article in UK’s Idol magazine. Check it out!
May
2013 13

When it gets to advertising Facebook wants to be seen above all as a branding platform more than a direct advertising platform, and that makes sense. But in Facebook brands look too much like Facebook. What’s great about TV is that TV is a black box. Or lately a black frame.  Facebook should take a page off TV and make brands look more different from one another. Facebook brand pages look too much alike for brands to feel comfortable in them. I think it’s time Facebook removes the Facebook look from brand pages and allows them to be different, personal, exclusive, attractive, original.

I think it’s time that us in the Internet industry apologize to people who had a decent livelihood in a number of industries that we destroyed. There are millions of people whose jobs were put at risk by the Internet. And yes of course other jobs were created, and we all love the Internet and could not live without it.  But I wonder up to what point, the fact that there is high unemployment in Europe and very low wages in USA (two sides of the same problem, loss of bargaining power of wage earners) has to do with the fact that the Internet has destroyed more jobs that it has created. That it’s been such a quick technological revolution that the economies of the world haven’t had time to adjust.  People talk about the financial crisis as a jobs destroyer and that is true, we had a huge one, but job losses seem to go beyond that. Television, movies, newspapers, travel agencies, stock brokers, commercial real estate, retailing, are but examples of industries that have been affected by the Internet. Efficiency is great until the job they want to eliminate is your job. And there is a lot more job destruction coming, more industries to disrupt, jobs that will disappear. I am not complaining about this, indeed my companies have been part of the efficiency trend. But it is hard to argue that this quest for efficiency is not frequently sad and painful to many.

What you see here is the user growth of Facebook.  I wanted to share this graph because this is how the biggest internet property of our times grew.  It is interesting that it looks more like a linear graph than an exponential graph.  It is steep, but it is steady.  We know that that growth will not continue as there are around 2 billion people on the Internet, and Facebook is not allowed in some huge countries like China.  So in not too long, that curve will start flattening.  Therefore, when you make your projections make sure they are but a fraction of this growth curve! 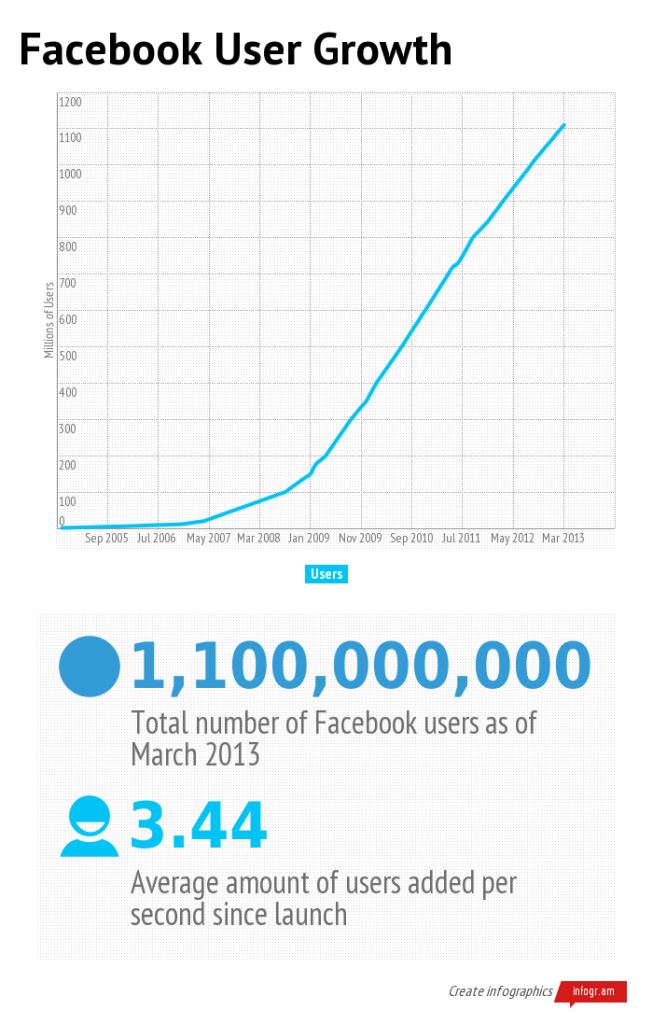