On Taxing the Rich, the Fiscal Cliff and How to Solve the US Budget Deficit

As the USA edges closer to the “fiscal cliff”, an automatic mechanism that eliminates Bush tax cuts and mandates across-the-board spending cuts under the Budget Control Act of 2011, a lot has been said on taxing the rich as a possible solution to the $1 trillion US budget deficit. But taxing the rich, this article will argue, is at most 15% of the solution. The rest has to either come with higher taxes for all, or lower expenditures in all key government spending categories.  Let’s start with the current situation of the rich in the USA today. 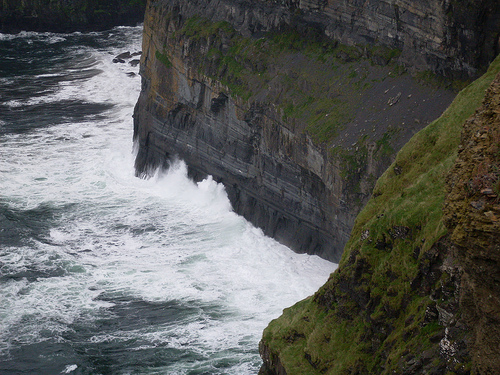 A rich person in the San Francisco or New York City, say with an income of a million dollars a year and capital gains of another million, pays around 52% income tax and around 27% capital gain tax.  On top of that, a rich person pays taxes every time he/she consumes: sales taxes, taxes on certain luxury goods. And then there are other special taxes on real estate transactions over certain amounts such as the ones in NYC.

It is hard to argue that rich people in America don’t pay enough taxes in terms of proportion of their income, even though there are some circumstances under which they pay less taxes. For example, there are some rich people who pay less taxes because they buy tax exempt securities, but tax exempt bonds were created by governments to pay less interest on them– the government pays less interest but in exchange collects no taxes. It’s a wash, not a gift to rich people. A person who derives most of his/her income from this will be seen as paying no taxes but this is not really so.

Then there are others in the private equity and hedge fund industry that have special treatment of their income as capital gains and a LOT has been said about this because of Romney’s position at Bain Capital. But if this is indeed a loophole and it were closed, it would raise around $2 billion a year– hardly a dent on the $1 trillion dollar 7% of GDP yearly deficit that the USA has.

And then some rich people in America, many in the technology sector for example, reinvest everything they make in their companies, go for capital appreciation, grow their businesses, don’t pay dividends and therefore pay no taxes on income nor on capital gains (because they don’t sell their shares). But society has concluded that reinvesting in jobs and growth is good, and that charging taxes on assets you don’t sell (like Spain does, for example) is counterproductive. And of course these tens of thousands of new employees pay all sorts of taxes and the USA needs a lot of those to close the deficit gap.

So the more we look into this the more we see that the US budget deficit can’t be solved by taxing rich people.  Even President Obama’s plan shows that taxing the rich will only go 20% of the way to solving the budget gap.  How will the current budget deficit will be solved?

A tool that was developed by the New York Times, the budget puzzle tool, provides a series of spending cuts and tax increase options that will help you understand the problem. Here are the steps I took to eliminate the deficit (and I encourage you to do the same exercise to understand how complex the problem is and how there is no magic bullet solution for it):

And what percentage of this $1.4 trillion in combined savings qualifies as taxing the rich? With the return of Clinton-era taxes, which would enact a 20% tax on capital gains for middle and high-income earners, as well as an estate tax of 55% on estates worth above $3 million, savings amount to $150 billion by 2030, or less than 11% of the total solution.

In other words, as we head for the fiscal cliff, relying on to the rich is only part of the solution. The real solution involves many other moving parts.  Now to end on an optimistic note, the Obama administration has already reduced the deficit from a high of $1.4 trillion to $1 trillion but much more is needed.  Hopefully there will be economic growth accompanying this and the deficit reduction effort will be a bit less painful.