Is Google abusing its monopoly power?

Twitter used Twitter clients to grow and then combined their innovations and traffic with its own and dumped their clients. Awful but legal. I invested in one, Seesmic and lost my investment. Google used the Internet as a whole to grow and now it is evolving from a search engine to an answer provider. Weather, flights, Wikipedia type info, many searches are now not linked by Google but answered by Google. As a result sites that helped build Google are now losing traffic.  People don’t just start at Google, they now start and end at Google. Google is not happy anymore with organizing the world’s information, it wants to provide it. The US antitrust authorities are fine with this.  The EU not so, and is looking into this as a possible abuse of monopoly power.  The Economist this week has an article exactly on this issue and the view of many German companies.  One of them is Axel Springer whose board I serve on.  But then Google is also on my board at Fon. So in terms of disclosures I am somewhere in between. I also know both sides of the argument well. 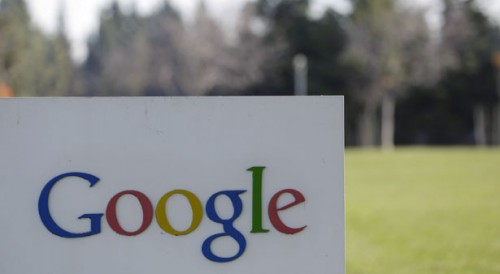 Personally I am hesitant on what the EU should do.  On one side Google built a de facto monopoly on search by linking to everyone else more accurately than others.  At that Google did an awesome job. Other search engines died or lost market share because Google is just better.  But is it fair to grow via say, Kayak or Expedia, and then replace them with your own flight search engine that comes as the top result even when it is not the top destination? This move certainly hurts Kayak and Expedia, but does it hurt consumers?  Monopolies are broken up because they hurt consumers. It is hard to argue that Google is hurting consumers by providing its answers directly and going to the same suppliers as Kayak and Expedia to get the information.  Especially when people prefer to get an answer rather than clicking again on a second link.  But aside from what is fair, one thing is clear: if you built a business by receiving traffic from Google you should rethink your strategy or you will end up like a Twitter client.  Aware of this, one company took a radical step and so far it paid off: Facebook. It stopped Google from searching it. It closed its content to Google’s “crawlers”. Unfortunately Facebook hasn’t come up with a good search engine itself, and finding whatever you once wrote on Facebook is almost impossible.  So as a consumer I wish I could search my Facebook as easy as I search my Gmail, or the Internet as a whole.

And as far as being a monopoly, to me monopoly is something like Time Warner Cable, if you live in NYC and want Cable TV there’s no other choice than Time Warner Cable. Search engines? There are others. Yahoo, Bing. Google is where it is not because somebody gave them a franchise, but because of how good it is, a position that Google has to defend every day. Would I watch Google if I was a regulator? For sure.  Would I stop them? Only if there is harm to consumers.