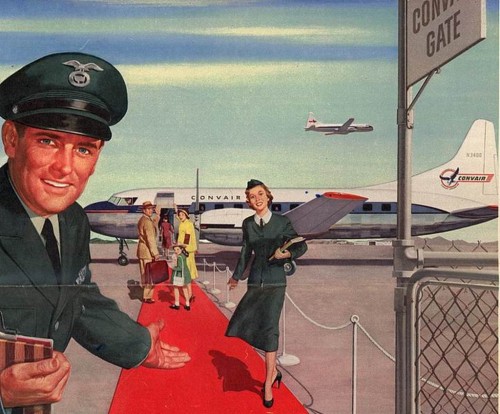 When I trained as a pilot I was appalled at how 1960s aviation is. This will be hard for you to believe, but even when you have WiFi on the plane, commercial pilots in most cases do not have Internet in their cockpit, nor do they have satellite phones, nor GPS trackers. All they have to connect with ground is old style radios. And radios that sound awful. Radios are not safe, anyone for any reason can interfere with them. Indeed any person can buy an aviation radio without any kind of permit and start pretending he or she is a controller and aircraft have no way of verifying that they are indeed speaking to a real controller. Plus there is the confusion factor.  When you train as a pilot, a lot of what you have to learn is how to understand controllers over a radio, a radio which has poor sound quality and leads to frequent mix ups because of the different accents and languages that are spoken around the world by controllers and pilots. While in theory all controllers should speak English, Spanish traffic controllers for example speak in Spanish to aircraft that have Spanish identifiers, or address them in Spanish, sometimes depriving other aircraft flown by non Spanish speaking pilots of information that could be useful to them. Moreover, radio frequencies forces pilots to listen to everything that is said to other aircraft until you are called, something that I find extremely distracting when piloting.   Imagine if you had a telephone system in which you had to listen to everyone else’s conversations until somebody finally spoke to you. Well that is what is happening in the air right now all over the world.  Primitive. In my view  it is indefensible that we send planes loaded with passengers over the oceans without Internet, real time voice communications nor  GPS trackers. And even over land and near the coasts we use radars to know where aircraft are, but radars have very short range so we can’t have radar coverage over oceans.  The radar/transponder system is just obsolete as a way to know where aircraft are.  But still the norm. Then many times pilots are proud of their FMS systems, and in general I don’t know for what reason many times pilots are proud of aviation the way it is.  But that is wrong, for example FMS systems don’t have QWERTY keyboards.  Typing in them is a slow, painful process.  And when pilots make it to airports, many of them are still using paper charts, yes paper charts from Jeppesen to find their way in and out and around airports.

That Malaysian MH370 can disappear over the ocean and nobody knows exactly where, or the Air France 447 flight over the Atlantic went down and it took months to find the black box, is just irresponsible on the part of aviation authorities. My own Citation, a private jet, has a GPS tracker so we always know where it is. It cost less than $1000. We also have a satellite phone that allows the pilots to call for help anywhere in the world on concrete problems they may face that the radio operator may not be able to solve. Those also cost around $1000. And there is now Internet available to planes around in the world. But commercial planes, even when they have it for passengers, do not have it for pilots.  And it is illegal to install equipment that is not approved by flying authorities around the world. Think of a product like the Dropcam and imagine it on all commercial aircraft showing ground personnel in real time everything that is happening in the cabin, cockpit and recording in real time, that combined with good communication with the pilots would make aviation much less of the black hole it is today. 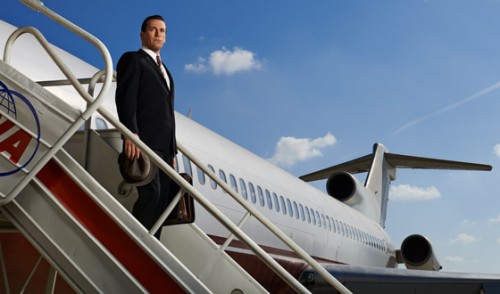 In some cases a passenger with WiFi on a commercial plane can have more vital information than the pilot in the cockpit. For example, weather information. A pilot has a weather radar but the passenger can have real time weather information along the route, and that is as useful and sometimes more useful. But pilots in many jurisdictions are not allowed to use iPads with real time weather information. Private aviation has incorporated iPads and real time weather info much faster than commercial aviation. A commercial plane radar sees the next dangerous clouds (CBs clouds that can bring an airliner down) and that is all they show. But the passenger with Internet can have information about dangerous weather activity all the way to the destination. The passenger sees beyond what the pilot sees. Why can’t airlines have those tools if private jets already do? They cost very little more. Think of all the money we are spending on TSA and its equivalents to make aviation safe — can’t we spend a little more and have truly connected planes? If all commercial aircraft had GPS trackers, at least we would known exactly where  AF 477 or MH 370 went missing.   We should have every commercial airliner install a GPS tracker.  Secondly we should connect all flights to the Internet and provide pilots with real time weather information anywhere in the world to supplement their weather radars as most private jets already have. What I find especially dangerous are flights that cross the Equator, where there are the most high altitude CBs during the night when you can’t see them.  Thirdly, we should connect all FDRs (black boxes) to the Internet in real time so airlines know exactly what is happening to planes and alert pilots via the Internet and or satellite phones of unexpected dangers.  Lastly we should give pilots a way to speak both over radio and over the internet/satellite connection so they can obtain help from their airlines or anyone else and not just that controller which has the radio that they can talk to. In many cases the communication could be via messaging that is directly sent to flying instruments and all the pilot has to do is hit OK.  Right now the way things work is incredibly dated.  A controller for example gives a certain aircraft a flying level while all the other pilots are listening in (in case the instruction is for them), then the pilots of the target aircraft have to acknowledge that they received the instructions, then the pilots of that aircraft have to remember what the instructions were (they are not sent in writing in any way and believe it or not, many pilots carry notepads tied to their legs not to forget and write them down while flying), then they have to go to their instruments, say the autopilot, then they have to input the new flight level in the autopilot, then they have to go to that flight level. Wouldn’t it be much easier to get an instruction over the Internet, hit OK, and have that instruction go to the autopilot and the plane to that level?

Or here is another example, ice detection.  Right now the way pilots fight ice, and let’s remember that ice brings down planes, is by guessing when ice forming conditions could be happening and activating anti icing.  In many cases they have to look at their own wings to see if there is ice building up.  Again here night and day are very different, as at night it is harder to see that you are going through ice forming clouds. Some pilots have to turn on lights that shine on the wings.  All this activity should be improved with sensors and real time weather information.  Sometimes pilots have to navigate, be on the radio, fight ice and fight CBs all at the same time.  This is just not fair to pilots.  Anti ice should go on automatically.  As things are it is an unnecessary burden on pilots.