Published by MartinVarsavsky.net in Education with comments 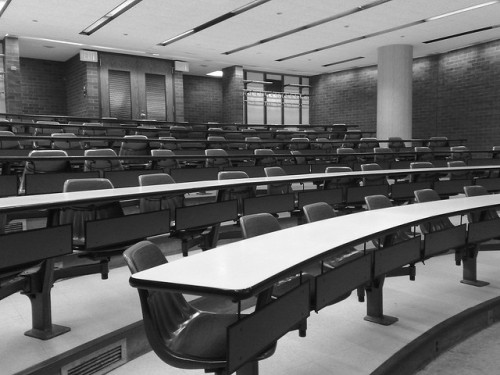 Over the past academic year, I was a visiting professor at Columbia University’s SIPA and at NYU’s Stern teaching entrepreneurship. I love teaching; I have been doing it for over a decade. However, my teaching style is quite different from the traditional academic format of cases, essays and exams. Instead, my method consists of a role-playing game in which students play two simultaneous parts: entrepreneur and venture capitalist using a virtual currency. I have been using this method for several years now, previously at the Instituto de Empresa in Madrid, and more recently at Columbia University and NYU and students have consistently found it useful.

How does my method work?

Firstly, as entrepreneurs, each student must come up with a fictional business venture to present to his or her classmates, who act as VCs. The ventures are presented almost exactly as they would be presented in a real life situation – a three minute elevator pitch followed by an investor summary, financials and finally a less common YouTube commercial. The elevator pitches are presented in class and moderated by me, the professor, while the financials and investor summaries are posted online: either in a class Dropbox/Drive file or on the school’s student portal e.g. Blackboard or CourseWorks.

In this class I introduce a virtual currency, think of Bitcoin but instead of Bitcoin it is a “unicoin”. A currency that is backed by the issuance of grades that professors have at university. When I teach Columbia University, NYU, IE all give me the ability to grade students. What I do is to create a currency backed by the ability to grade and distribute it to students who frequently alternate between being investors (currency providers) and entrepreneurs (currency recipients)

These ventures need 5 million unicoins (sometimes I also use virtual dollars or virtual euros depending on where I am teaching) to break even while at the same time all of the students act as VCs and have 1 million in unicoins to invest. This generates a capital shortage that is similar to that existing in the real world, in which there are more ventures looking for funds than there are funds available. It also generates a shortage of good grades the currency of universities. The game basically translates the shortage of funds that exists in the world to the shortage of A’s that exist in a university.

Investments take place in two rounds over the course of the semester. The first round takes place after the students have presented and developed their elevator pitch, investor presentation and financials.  The second round occurs after students have seen the “creative” side of their classmates through the presentation of the YouTube commercials. The choice to add a creative side to the process is that many students excel at one or the other – business or creative – but the best entrepreneurs will usually do both well. It is also important as an entrepreneur’s creative side dictates the look and feel of an early stage company: branding, marketing, etc.

These rounds are structured in a certain way so as to improve the experience of the game. Firstly, in each round a VC must invest $500,000 so as to consider first the business side and then the business side coupled with the creative side. Secondly, students must invest in at least ten companies per round. This forces the VCs to diversify their portfolio and has the added benefit of making sure every entrepreneur raises some money. The third rule is that VCs cannot invest less than 25K or more than 150K per company (this can be changed depending on class size). The reason for this is so the VCs cannot hedge their bets by investing in everyone. And finally, students may not invest in their own ventures. This rule also has the added benefit of equalizing the grading system somewhat as the best entrepreneur is at a very slight disadvantage when investing. To keep the game fair, I monitor the investment rounds and intervene only when I detect collusion. Though rare, if collusion is detected I act as a super investor with unlimited funds to restore the balance.

On top of this method, over the course of the semester I give talks and ask questions during class to find out where student knowledge is lacking. For example, I ask them about convertible notes and if there isn’t a good general understanding I will stop the class and give a tutorial. An example presentation that I give can be found here. So what in other classes would be called formal teaching in my class is a “commercial interruption” of the game that is constantly played throughout the course.  Every time I teach, the class turns out to be different because I teach “on demand”.  I give tutorials on angel investing, stock options, board compositions, and other key subjects as the need for these learnings arises in class.

The final grade is calculated based on how good students were as entrepreneurs and how good they were as VCs. The final grade will be the average of these two scenarios; but in life, if you are only good at one of them, you can still be very successful.

So how are the grades calculated?

The grade as an entrepreneur is calculated simply from how much money each student raised.  However, the VC portion of the grade is a little more complicated.  First a ranking of companies is established that is proportional to the amount of capital raised – this is calculated by dividing the amount raised by an entrepreneur by the amount raised by the best entrepreneur. This gives a proportional point value to every dollar invested in each entrepreneur. Then, the amounts invested by each student in each company are multiplied by the ranking of the companies and in this way the value of the investment portfolio is established. To better understand the concept, here is a spreadsheet we created last semester that automatically calculates all the rankings and portfolio values.

Ultimately this method of teaching takes a large amount of the critical review process out of the hands of the professor and puts it into the hands of each entrepreneur/venture-capitalist/student who, in order to receive the highest possible grade, must compete against his or her peers in both categories. This competitive and collaborative nature of the class means that students work very hard on their own presentations and thoroughly analyze the ventures of their classmates, thereby improving their critical analysis skills.

This model is scalable and can be applied to any curve recommended by the school quite easily. Moreover, students love it, as the course is a simulation of what would happen in the real world and it is intrinsically fair – grading is essentially crowd sourced. They also make lasting connections through heavy interaction with their peers along with sharing knowledge through constructive criticism.