I grew up with bands and movies, but now I live with DJs and TV series. And that is fine. I saw Argo and was totally disappointed, Silver Lining Playbook was better. And some movies still have it. But I am totally into Mad Men, Boardwalk Empire, Game of Thrones, Homeland, House of Cards, even Girls the first season. These series are up there with any great movie. In fact they are long format great movies. And then there’s long format great music, and Soundcloud is amazing for that. Yes some bands are still awesome, but great DJs are something else. DJs used to play songs, now DJs are the music experience, the composers. They make the music I like when I work, and when I work out. And they also make long format music. Hence the movies vs TV series, bands vs DJs analogy. All co exist. But lately the talent is with the latter. 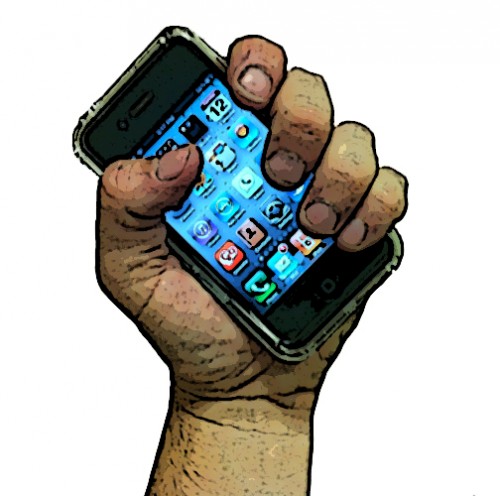 Experience is great until…

Experience is great until it is used to apply old solutions to new problems. This bias, this failure to recognize new problems, is most common in technology companies as they grow older. And it is because of this bias that in Silicon Valley, the industry of the new,  old people are less frequently successful. This is why, for example, Microsoft managed by Ballmer in his 50s performs worse than Google managed by Page in his 40s, and this is why Google is now threatened by Facebook, managed by Zuckerberg in his late 20s. I am sure that when Ballmer first saw Google he thought “another search engine” and when Page and Brin first saw Facebook they thought “another social network”.  The real challenge, as we grow older is to use experience for our benefit without losing our ability to recognize the new. Without losing the ability of being experienced but occasionally feeling “inexperienced”. Because Google was certainly a new experience to those who were searching before it.  Or Facebook was a new social experience for those who were familiar with previous social networks.  But experienced leaders failed to see this. We can’t allow experience to betray us. Experience must be balanced with a childish fascination for the new, a fascination of the kind that kept Jobs young until his premature death. Steve Jobs did know how to combine experience, with an uncanny ability to recognize the new.

Have you ever seen those people who get on TV and wave hi to their mother “who is probably watching”? Well today is one of those days for me.  Except that it’s not my mother but my mother-in-law, my father-in-law and my brother-in-law. And they are not exactly watching TV, but connecting to WiFi.  In Germany I mean.  Because yes, we finally made a phenomenal alliance in Germany, similar to the ones we made in the UK with BT, or in Belgium with Belgacom, or in France with SFR, or the Netherlands with KPN. Yes, we are launching Telekom Fon! So soon my German family, and everyone in Germany for that matter, will be able to connect to Telekom Fon, just as people in the UK, for example, can connect to BT WiFi with Fon. And today I’m thrilled to announce this exceptional relationship with Telekom to the world.

Fon has partnered with the incredible Deutsche Telekom to blanket Germany with WiFi. Telekom has 12 million broadband subscribers in Germany alone that will join Fon’s WiFi network, already the largest in the world– it’s the perfect ally to bring Fon into a country I care deeply about and have much respect for. The Telekom Fon alliance will build on the 12,000 Telekom hotspots already in place and allow Telekom Fon subscribers, and everyone in the Fon network, to connect to these and more than 7.8 million hotspots around the world for free. This is a huge achievement for us at Fon and I couldn’t be happier to make the good news official.

To my German friends and family: get ready to roam…